10 districts in Barcelona and their history

If you’ve ever walked through Barcelona, you are probably well aware of how large and diverse both culturally and architecturally this city really is. Because of the sheer size of this city, it is divided into 10 different districts, each with its own people its own microcultural differences and its own history. These districts together form the lovely city that 1.620.809 people call home.

Barcelona used to be called Barcinonis which was the name given by the Roman founders of this city. As time passed the name of this city eventually evolved into 'Barcino' during the medieval period. After that, the name became 'Barcinona' and ultimately this evolved into the name we all know today; Barcelona. There is also a very impressive and very well-known myth among the Catalan community. Legend says that when Hercules and his argonauts were looking for the golden fleece, a great storm crossed their path and sent the entire fleet astray. Once the storm blew over no one was able to find the ninth ship called the “barca nona”. Finally, Hercules discovered the remains of the ship near the Montjüic area, which they then decided to name 'Barcelona'.

Sants and Motjuïc used to be two different districts. Sants used to be called 'Santa María de Sants' (Saint Marry of Sants), being one of the many examples of names in the barcelona area stemming from religious figures. Montjuïc is a hill adjacent to the district of Sants, which is the reason this district is called Sants-Montjuïc, Montjuïc translates to "Jewish Mountain" and stems from a combination of the medieval Latin and Catalan language. Nevertheless, some sources suggest that Montjuïc is related to the Latin phrase “Mons Jovicus” (hill of Jove). The city of Girona has a hill or mountain named Montjuïc just to the north of its old quarter with a similar history; its name is also derived from the medieval Jewish cemetery that was there, Historically Montjuic has always been the main source of history for Barcelona, ranging all the way from the II century AD to the current times.

At the start of the XX century, Sarrià turned into one of the most important societies around the Barcelona area. Going into 1850 Sarrià mostly lived off the construction business, seeing as the population consisted mostly of farmers and artisans that went off to work into construction. This gave Sarrià a status of expertise in the world of construction. Then in 1921, the city of Barcelona requested Sarrià to be added to the city as a district. ‘Sarrianeses’ were opposed to this idea, therefore it took half a century before Sarrià was finally a part of Barcelona.

‘L’eixample’ was constructed in the years of the industrialization of Catalonia. Near the end of the century, XIX and the start of XX the bourgeoisie introduced modernism to the central part, ‘La Dreta de l’Eixample’,. It became the first modernist area of the city. Neighbourhoods like 'Fort Pinec', 'La Sagrada Familia', 'Sant Antoni' or 'La Esquerra de l’Eixample' were all influenced by this style. L'eixample is a district that showcases modernist architecture in a way that's unique not only to Barcelona but also to Europe.

Later on, l’Eixample became known for another reason besides its unique and one of a kind architecture. Near the end of the XX century, companies and leisure businesses located in l'Eixample started exploring what the opportunities were for them within the homosexual market. This led to the district having a 'pink zone', also often referred to as 'Gaixample'.
This area includes Calle Balmes, Gran Vía de Las Cortes Catalanas, Comte d’Urgell and Aragó. This 'pink zone' is full of bars, restaurants and nightclubs oriented towards the homosexual collective. In 2003 the first-ever Gay Heterofriendly Hotel in the world was introduced to Barcelona, making the city and specifically l’Eixample a place favoured by many homosexuals.

Only a few districts of Barcelona are surrounded by as much symbolism as Gràcia is. The residents of this district still find great pride in their former municipality. Gràcia with its bustling streets and numerous plazas was home to almost 50.000 citizens. It officially became a part of Barcelona in 1897. What was then known as the municipality of Gràcia is now known as 'Vila de Gràcia'.

The district 'Ciutat Vella' has a long history and plays an important role in how Barcelona came into being. The district's name means 'old city' since it was geographically speaking located in the historic centre of the city.

The history of the district of ‘Ciutat Vella’ is part of the start of Barcelona, as it is geographically in the historic centre of the city. The city’s name translates into ‘Old City’. This former city was surrounded by walls until 1859. Nowadays it is surrounded by avenida del Paral·lel, the ‘rondas’, the street of Pelai, the path of Lluís Companys and the park of Ciutadella. Ciutat Vella consists of 4 big neighborhoods that all encompass rich, unique and homogeneous history. In the southern part of the district, ‘Barceloneta’ is located, which is the youngest neighborhood. It was established in the midst of the XVIII century with the excuse of re-allocating the displaced people of La Ribera as a result of the constructions in Ciutadella. ‘El Raval’ is located in the Western part and is known to be the birthplace of the industrial revolution in the XIX century.

Then in the center we have ‘el Gòtic’ often referred to as ‘el Barri Gòtic’. This is the oldest urban manifestation of barcelona. It is a part of the city that has a strong historic value with its markings of the spanish civil wars. At ‘Plaza de San Felipe Neri’, one can still see the shrapnel markings on the walls. Lastly, there are ‘Sant Pere’, ‘Santa Caterina’ and ‘La Ribera’ in the eastern part of the district, this is the medieval part of this district. The urban territory of Ciutat Vella is the urbanization that has the richest history giving us hints of its great history.

Until 1904, La present Horta was known to be the independent municipality of Sant Joan d’Horta, located 6 kilometers from the old Barcelona.

The district was not developed until the 1940s-1960s, and it is dispersed over numerous hills. Previously, this was primarily an agricultural area with numerous farms and communities. The park with the labyrinth, the Bunkers del Carmel viewpoint, the modernist Hospital de Sant Pau, and the sports and hospital complex La Vall d'Hebron are all popular tourist attractions in Horta-Guinardó.

Nou barris is a relatively new part of the city. Its name was thought of by the residents of the area back in the seventies. When Barcelona decided in 1984 to divide the city into ten districts, the name was officially introduced as the name of the district.
Before this the 800 hectares that made up Nou Barris were part of the independent municipality of Sant Andreu de Palomar. This municipality has been known as the district of Sant Andreu since 1897. Until the end of the XIX century, the landscape of Nou Barris was basically a rural one.
Through the process of urbanization, the few streams flow through the area all disappeared, with exception of Rec Comtal. The district hasn't fully forgotten about those streams though and have paid tribute to them through the naming some of the streets after the streams, like Torrent de Tissó, Torrent de Can Campanya or Riera de Horta.

Sant Martí was a large, almost uninhabited territory, located on the outskirts of Barcelona. It extended all the way from the north to the Besòs river, and from the sea to Carmel mountain. In those days, the coastline of Barcelona was much smaller. A large part of what are now the Poblenou and Besòs neighborhoods were either unhealthy marshes, or swamps and lagoons. This led to the natural extension of the Besòs river delta . This is how over the centuries, with the retreat of the coastline and human action, its surface extended until it became one of the largest towns of Barcelona.

Sant Andreu dates back to 992. In a document about inheritance between Na Mel and Abad Otó, a place named Palomar was mentioned. It wasn't until 1034 that the name Sant Andreu came about , which is a reference to the patron of the parish church. During the XI,XII and XII centuries the first nucleus of houses start forming around the church. industrialization started taking place during the end of the XIX and the XX centuries which led to Sant Andreu de Palomar becoming a home to important businesses like Fabra y Coats, La Maquinista and a large quantity of small businesses and workshops. Then on the 20th of april in 1897 the queen María Cristina almost by surprise signed the Aggregation Decree which annexed Sant Andreu de Palomar into the municipality of Barcelona.

Do you want to take your career to the next level?

We are looking for Danish speakers to work in cultural the sunny city of Benalmadena!

Inside sales - Native level of Polish 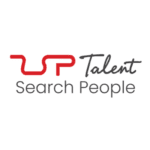 Lead Software Engineer - Node.js - for the leading providers of embedded insurance in Europe I Relocation to Germany

German-speaking Inside Sales Representative in Valencia/Barcelona/Malaga

Finnish-speaking support for a big video platform in Lisbon, Portugal

German-speaking Inside Sales Representative in Barcelona/Malaga

Danish speaking Talent Hunter for our office in Malaga!

Hybrid Economy/HR/Business Student Job for our office in Málaga 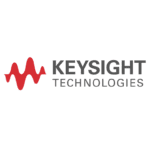 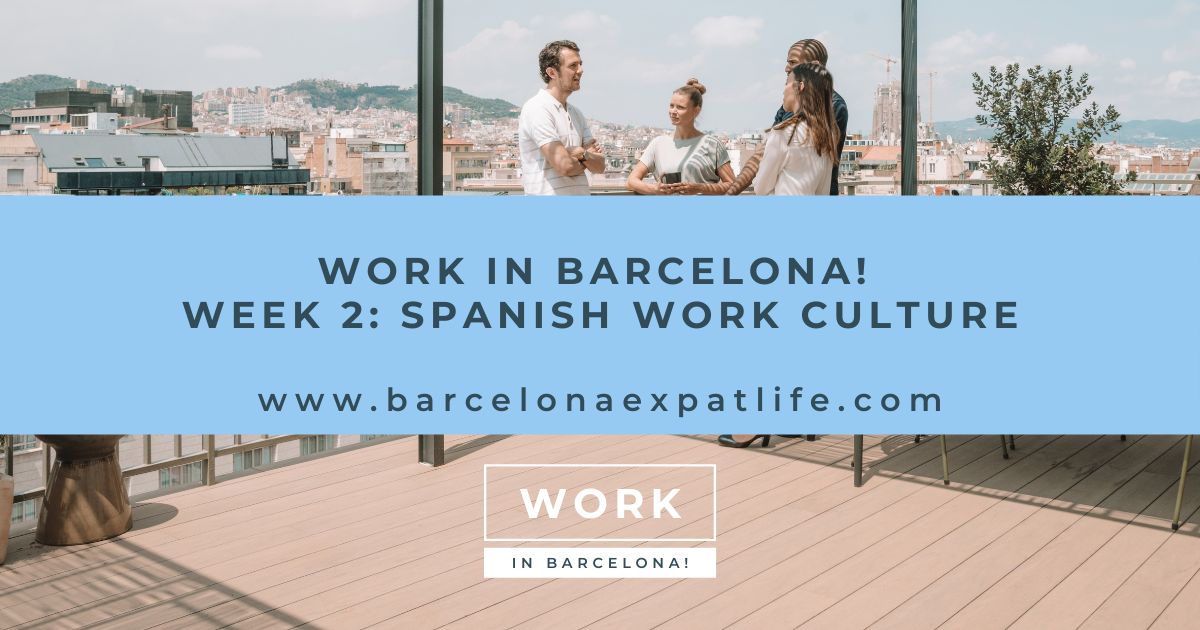 When working in Barcelona, it is crucial to understand the Spanish work culture. In week 2 of the Work in Barcelona! month, we discuss everything from payslips, calling in sick and job search tools to the business landscape in Barcelona and relocating. 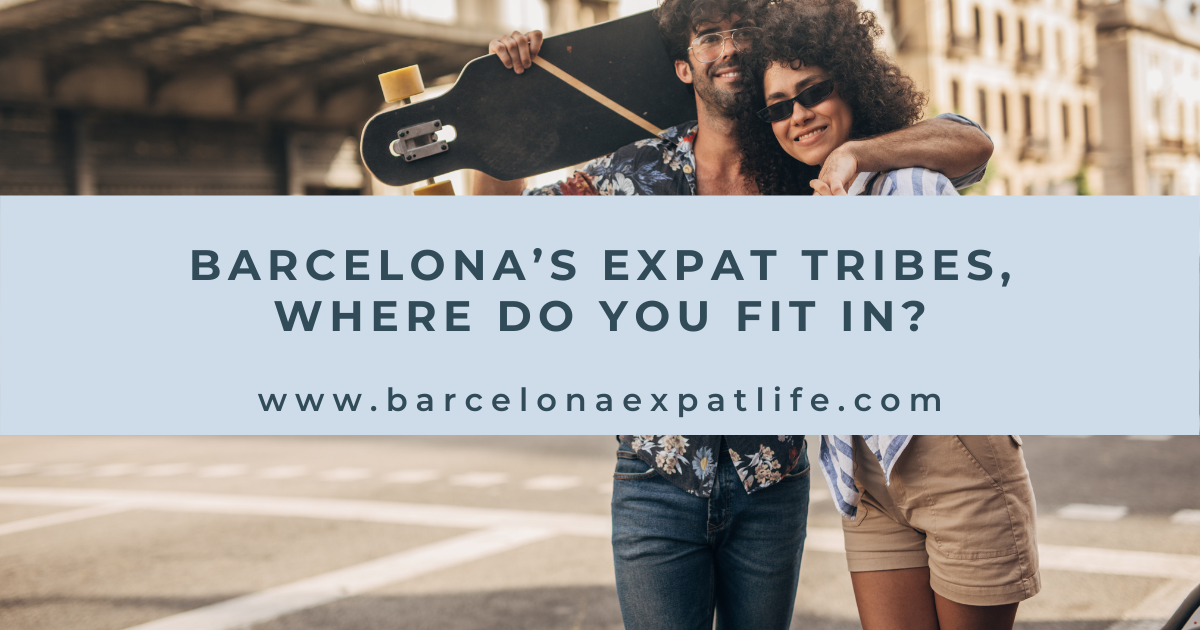 Barcelona has a huge expat population, with people being drawn to the city for all sorts of reasons. So which Barcelona expat tribe do you belong to? 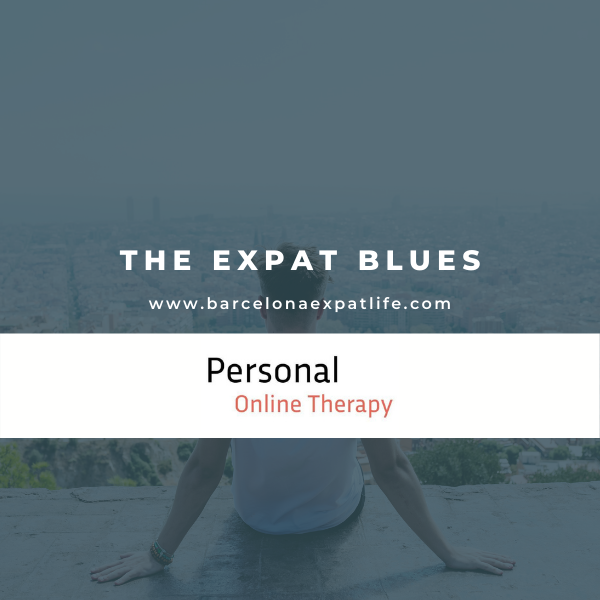 Personal Online Therapy can help expats overcome challenges and problems. Sign up today and take advantage of therapy in the comfort of your own home. Every year in June, the LGBTI community celebrates across the globe. Pride in Catalonia is arguably one of the most eagerly anticipated events of the year.